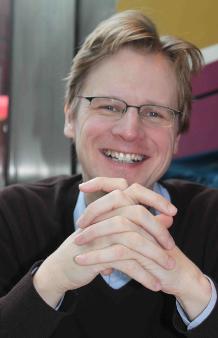 Since September 2019, he has been a Lecturer in Early Modern History at Royal Holloway, University of London.

In 2017-2018, he was a Lecturer in Early Modern History at the University of York, and since 2018 he has been a Research Associate at the Centre for Renaissance and Early Modern Studies (CREMS) at York. Stefan was a Marie Curie Research Fellow in the Department of History, York, from 2015 to 2017.

Stefan held positions as Research Fellow in Early Modern History at the German Historical Institute in Rome and the Italian-German Historical Institute in Trent.  He has been awarded scholarships and research grants by the Cambridge European Trust, AHRB, DAAD, DFG-Graduate School, Herzog August Bibliothek, British School at Rome, Gerda Henkel Foundation, Holcim Foundation and Bruno Kessler Foundation.  Stefan also received the Friedrich Wilhelm Preis (Aachen) as well as subsidies by both Ernst Gombrich’s ‘Erasmus Prize Fund’ and the Jacob Burckhardt Foundation for the publication of his first book.

He has been working on the project, ‘History and Theology: the Creation of Disinterested Scholarship from Dogmatic Stalemate (ca. 1525-1675)’.

Stefan is interested in the history of historiography, religion, philology, antiquarianism and literature.  In his current role he will concentrate on Reformation and Counter-Reformation Europe, especially England, Germany and Italy.